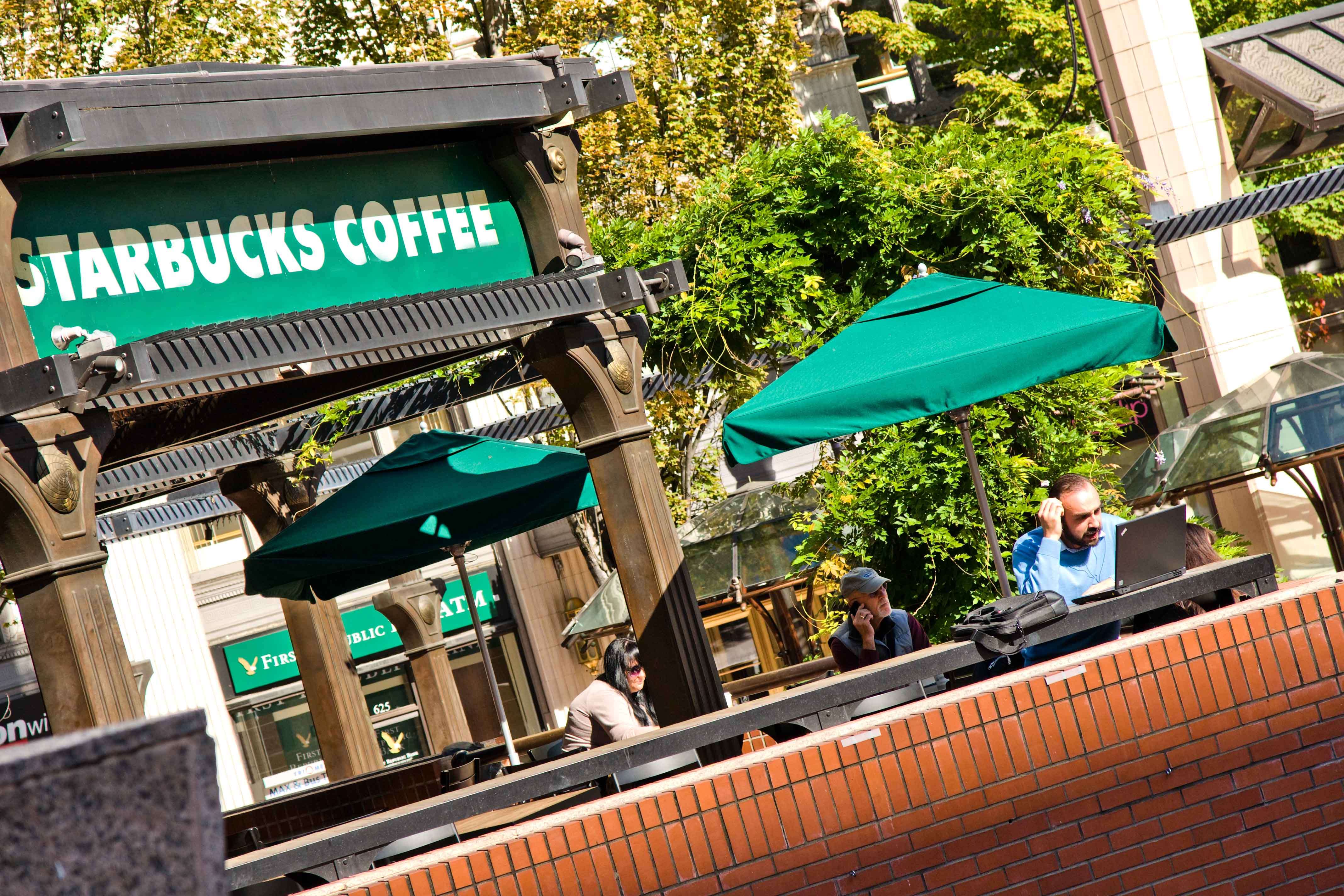 Starbucks Celebrates its 30th Anniversary in the Square!

The City of Portland welcomed Starbucks to Pioneer Courthouse Square in 1989, marking the beginning of a historic partnership in the heart of downtown Portland.  In the late 80’s, after months of vacancy, Pioneer Courthouse Square leadership embarked on a rigorous seven-month application process in which they reviewed over 35 restaurants and businesses wanting to be a part of our City’s Living Room. After careful deliberation, Starbucks was chosen to move into the northwest corner of Pioneer Courthouse Square because of their potential to enrich and contribute to the vibrancy of the downtown community.  Serving as the 40th Starbucks in operation, and the first location in the state of Oregon, this location is a popular and historic landmark for both community members and visitors looking to enjoy the classic and beloved cup of Starbucks coffee.

This flagship Starbucks, that Portlanders know and love today, may not have been recognizable 30 years ago when it first opened its doors. Upon its opening, Starbucks offered over 34 different roasts of hand-crafted espresso drinks, all made without using modern day espresso machines. Today’s popular drinks like Frappuccinos and flavored lattes weren’t offered until 1995, six years after Starbucks was first introduced to the state of Oregon. The still growing company, was a humble boutique-style coffee shop at the time with a unique menu at each location. While now boasting over 300,000 locations world-wide, Starbucks had small beginnings, part of which took place right in the heart of Downtown Portland.

Joining the legacy of Pioneer Courthouse Square only 4 years after its opening, Starbucks is one of the earliest and longest lasting tenant’s operating at the Square making it an essential part of the legacy of our city’s downtown community. With hundreds of thousands of visitors and customers each year, the Oregon Flagship Starbucks is a landmark and a point of pride for our community. Make sure to stop by this historic location before the year ends and to congratulate Starbucks on 30 years in Portland’s Living Room!